take pollution down to zero 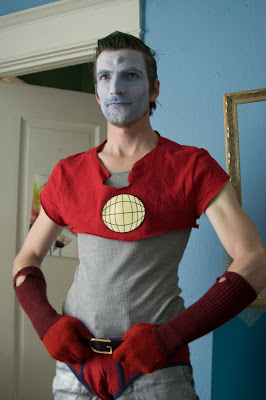 A long time ago, Angela told me the story of her biggest regret. She said as a little girl at a Christmas parade there was a Captain Planet float. There was a little structure that the Captain was encouraging kids to go into and grab a Captain planet ring from. Angela was too nervous and asked her mom to go with her, but her mom refused and Angela watched the ring get away from her. This is her biggest and only regret in life. 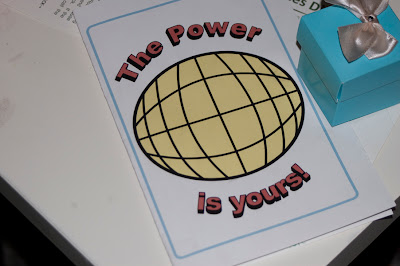 So for her birthday I tried to recreate this parade. 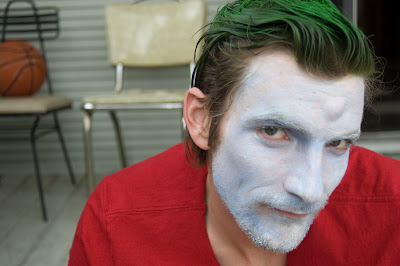 The Captain. A big thanks to Gabriel for being a trooper. 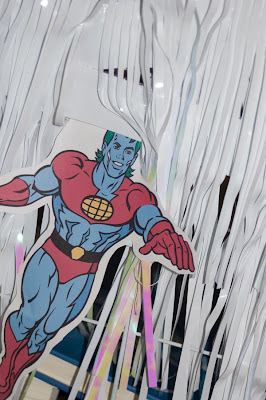 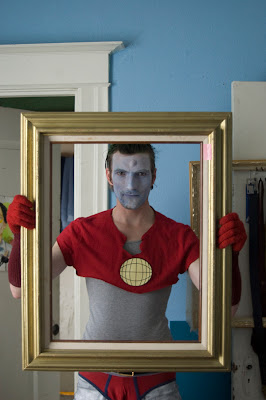 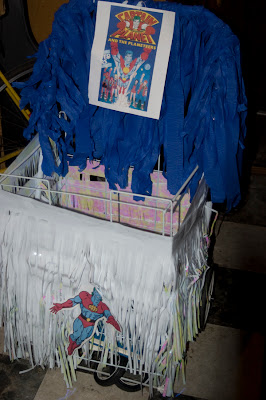 Here she is, finally getting that ring after all these years 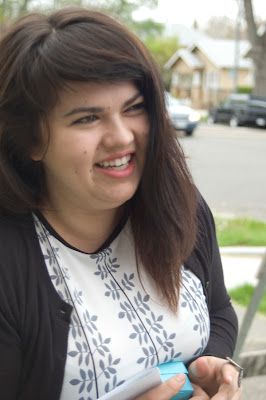 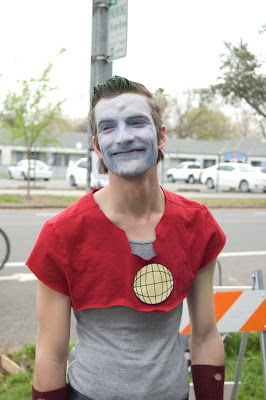 She finally has her heart ring! 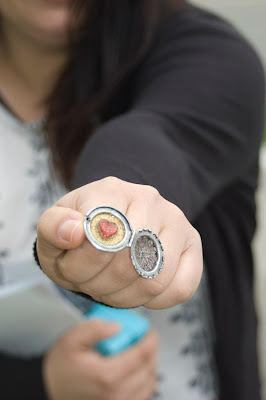 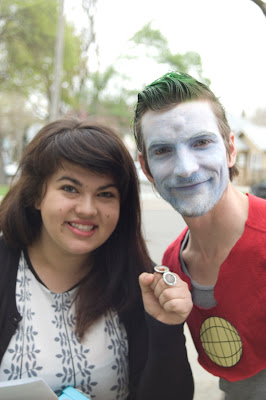 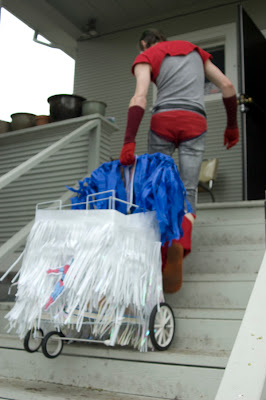 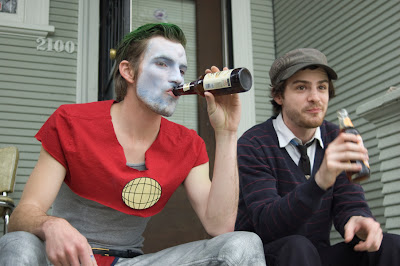 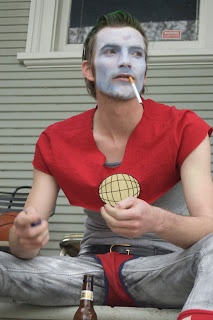 and that is how you give someone a happy birthday. Take away their regrets and give them Captain Planet.
Posted by yolkie at 11:52 AM