Day 74
I've been meaning to create a chart that shows the high and low points of the Summer. As it turns out, today would probably be the lowest point. After rushing around all day, I came home to find both my camera and laptop were busted up and inoperable. 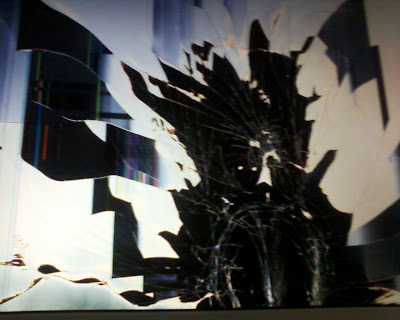 crappy cell phone shot of computer screen
This was somewhat devastating to me considering these are the tools I use to create art. Being too poor to replace these things, and knowing it is my fault for not taking care of my things is the worst part.

But the show must go on. It was time to see some bands play.
Gabba's new band the Croissants played and boy is it great to see Gabba as the front man. 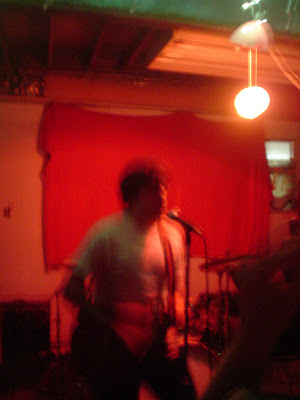 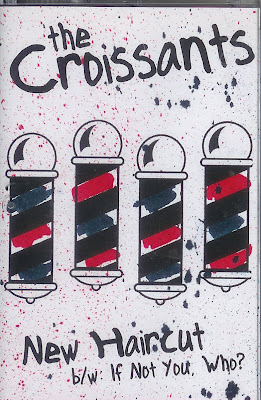 I was bumming hard about what happened earlier in the day, so the lovely tessa bought me a strong cocktail at the Round Corner.
I missed Baby, but made it back in time to catch the Bananas and was uncomfortably close To Mike's face. 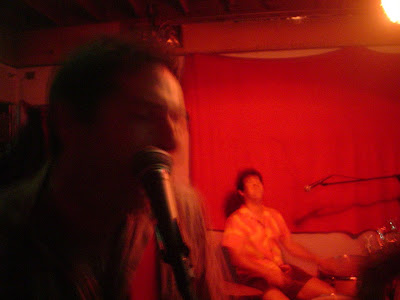 I ended up taking a film camera with me, so once I get those developed, I will post them up here.

The incidents of the day were definitely the worst ones of the summer, but I did have a great time at the show. So I don't know where this day will land on the chart.
Posted by yolkie at 11:59 PM